Most aficionados know the story of the horrific death of Manuel Granero in May 1922, the bull ‘Pocapena’ goring the promising young matador in the face, its horn reaching his brain, during a corrida in Madrid’s Carretera de Aragón plaza. What is perhaps less well-known is the aftermath of that event – a story of poverty and corruption.

José Luis Cantos Torres’ new, well-researched biography of the matador, Manuel Granero Valls: La huella de una vida, tells us how, after the 12-year-old jumped into a bullring in 1914, alarming his parents, his uncle, Francisco Juliá Chuliá, made the youngster write a document in which he forswore never to take such steps again: “I give my solemn word, considering what occurred today (and which will never happen again), the day of the faena in the bullring, to follow all the advice my Uncle Paco may give me. […] This irresponsible afición […] is the easiest path that can lead to a man’s ruin. I will dedicate myself, with all my enthusiasm and willingness, to study and work.”

However, a year later, Manolito jumped into a bullring once more, and his uncle decided on a change of approach – to give his nephew opportunities to appear in front of bulls until such time as the lad realised he was not going to get anywhere as a torero.

That moment, of course, was never reached. Indeed, by July 1917, Manolito had chalked up sufficient successes as a becerrista that his uncle decided to take him away from Valencia to the Salamanca countryside, where there were greater opportunities to face ganado bravo. Francisco also secured some contracts for appearances locally until, after a festejo in Valladolid, it was agreed that the empresa Pedro Sánchez González Paños would act as the youngster’s manager, with Paco’s role changing to focus on administrative matters to support his nephew’s burgeoning career.

The young Granero was entering into bullfighting at a time when much of the Spanish afición was still traumatised by the death in May 1916 on the horns of a bull of the masterful Joselito El Gallo. They were looking for a successor to the sevillano and, by the end of the 1920 temporada (which, for Granero, comprised 31 novilladas and eight corridas, his earnings almost doubling from 3,500 to 6,500 pesetas once he had taken the alternativa), Manuel was the torero in which they placed their hopes.

The following season, Granero’s upwards trajectory was maintained, with successful afternoons in Barcelona, Bilbao, Jerez, Valencia, Plasencia, Albacete, Utiel, Salamanca, Madrid and Zaragoza, together with an end-of-season encerrona at Valencia that saw him cut four ears and a tail.

By 1922, Paños was charging 9,000 pesetas per corrida on Granero’s behalf (in comparison, Joselito was believed to be earning upwards of 10,000 pesetas per bullfight at the time of his death). Early in the year, Paños claimed that he had already entered into 1.5m pesetas’ worth of contracts (a substantial increase on 1921, which had delivered 600,000 pesetas in total), signed for Granero’s appearances in Spain and Mexico that temporada. But Manuel never got to Mexico, being fatally gored by ‘Pocapena’ on 7 May in what was his 13th corrida of the season. The previous month, the valenciano had celebrated his 20th birthday.

With the prodigy dead, things began falling apart for those closest to the matador. When his traje de luces was collected from the bullring infirmary, it was discovered that a hombrera and some machos from his taleguilla were missing. The hombrera, it transpired, had been taken by a Sr. Santamaría, redactor jefe of ABC, as a macabre present for the newspaper’s lead taurine critic, Gregorio Corrochano.

Almost immediately, the straitened circumstances Granero’s family found themselves in became apparent. At the time of his death, Manolo had just 15,000 pesetas in his bank account and some 18,000 pesetas’ worth of jewellery. He didn’t even have a home of his own, although he had found improved rented accommodation for his father and sister in Valencia. His embalming alone cost 7,000 pesetas. The Valencia empresa stepped in to bear the costs of transferring the matador’s body from Madrid to Valencia and also the costs of the funeral, while the family of the Fabrilo brothers offered their pantheon as a temporary resting place.

The state of the matador’s finances led his father, together with members of Manolo’s unpaid cuadrilla, to take legal action against Uncle Paco, which took several years to resolve. During this period, Paco took to the press to allege that the matador was a spendthrift and lived in luxurious surroundings and that the monies he had held on the torero’s behalf had all been spent on “publicity”, adding: “All aficionados, especially those who are members of the mundillo, know that this business involves a huge amount of costs that are impossible to avoid, but, nevertheless, cannot be justified.” The newspaper El Pueblo reported the situation with greater clarity: “The striking thing about these famous accounts is the propaganda expenses, the price of bribes and claims. And some periodistas (or would-be reporters) who had feathered their nest created a great hubbub when they learned that, perhaps, in that insolvency matter, the cat would be let out of the bag and a light would be shone on the immorality of some writers. There have been protests, threats and angry phrases. All this is fear – a fierce panic produced by the suspicion that, one day, ‘the accounts of Uncle Paco’ will be published and we’ll all understand how some of the pillars of the pen operate.”

The attitude of the Press of those days was also revealed in the circulation of allegations that Marcial Lalanda, whose alternativa was confirmed during Granero’s final corrida, was slow to execute a quite that day, as a result of which Manolo was killed. It transpired that this story was the work of Luis Uriate, author of El toro de lidia español, who wrote as the taurine critic Don Luis in the newspaper El Liberal, Lalanda having earlier refused to pay him a monthly sum of 5,000 pesetas in return for favourable reviews.

Following Granero’s death, his father and sister (his mother had died in 1918) were left in precarious circumstances. They had to leave their home and return to cheaper accommodation in Valencia that the family had rented previously. His sister eventually married and sold tobacco before working for Valencia’s town council. The last years of her life were spent in poor health and poverty, the woman reduced to trying to sell those mementos of her brother that she had retained.

A commission of friends and aficionados organised a number of events to raise funds to erect a mausoleum in which Granero’s body could be laid to rest – sporting fixtures, theatrical occasions, the sale of postage stamps designed by Roberto Domingo and a benefit corrida held in Valencia on June 28, 1922. At a cost of some 24,500 pesetas, a site was purchased in Valencia’s Cementerio General and a design commissioned, and in May 1926, Granero’s body and his mother’s remains were transferred to the pantheon which features the sculpture ‘Amor y Dolor’ by José Arnal García. 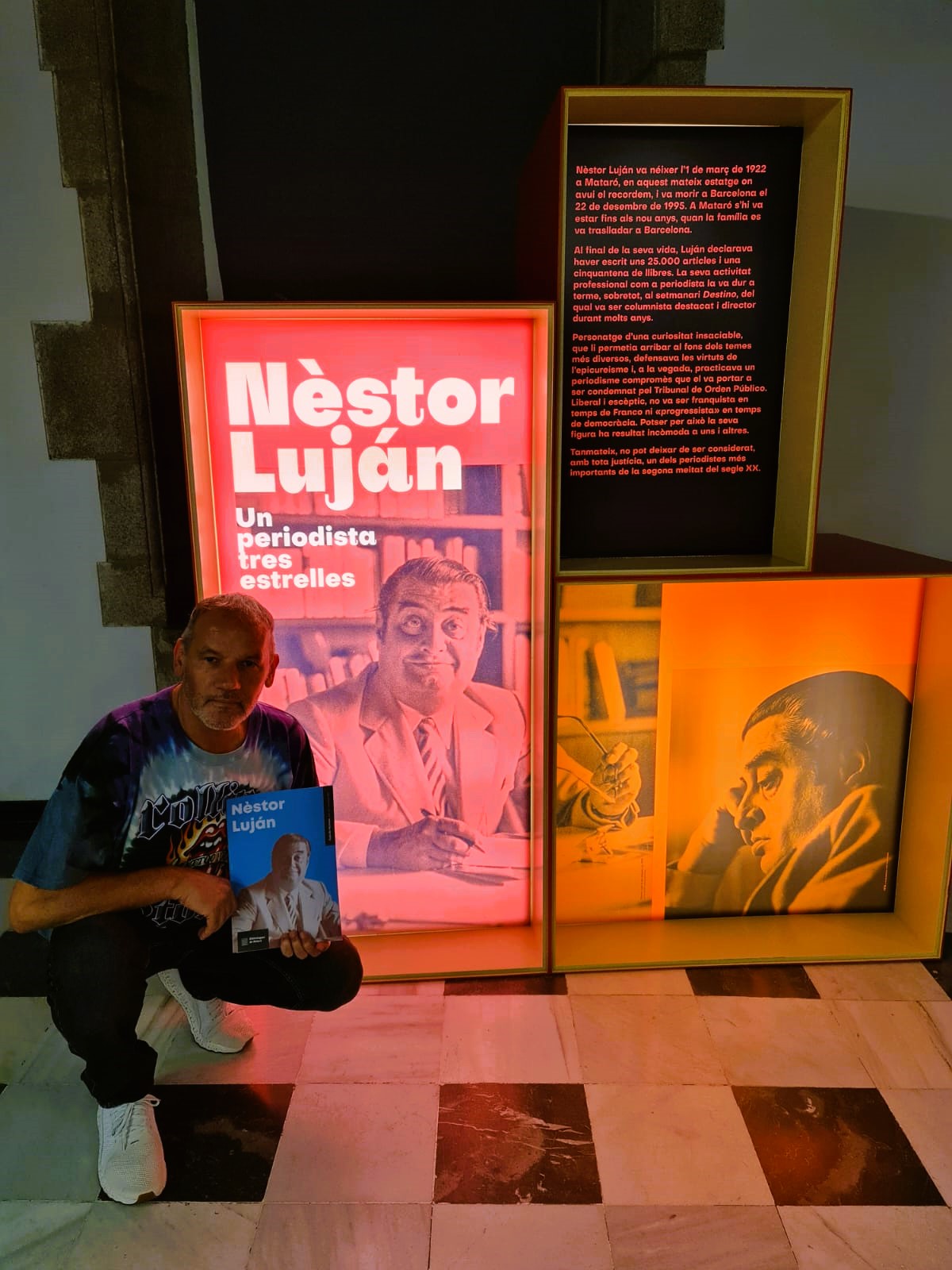 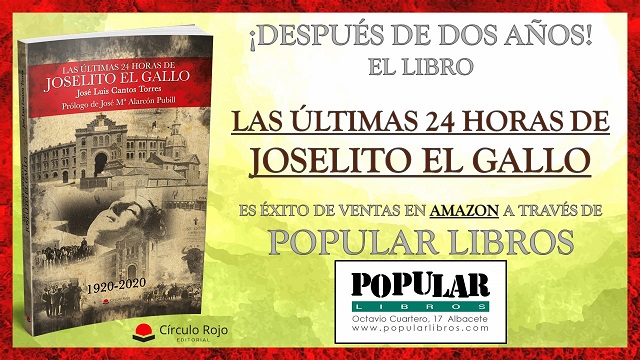 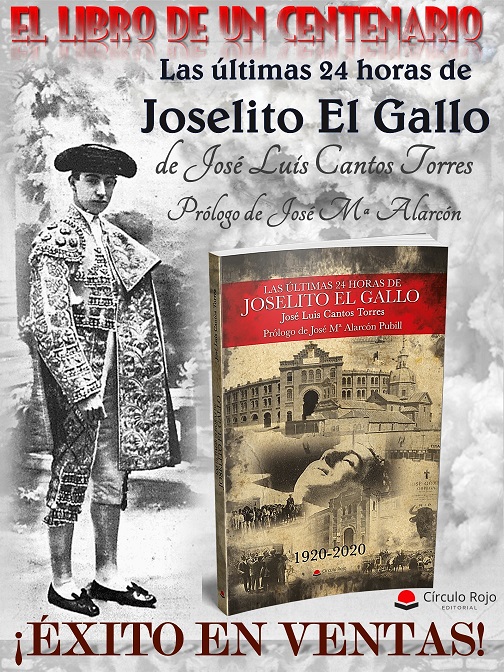 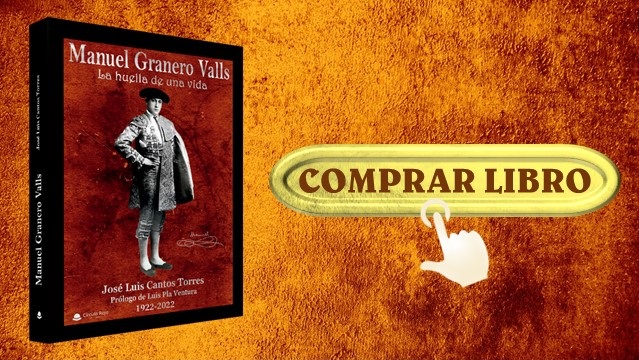 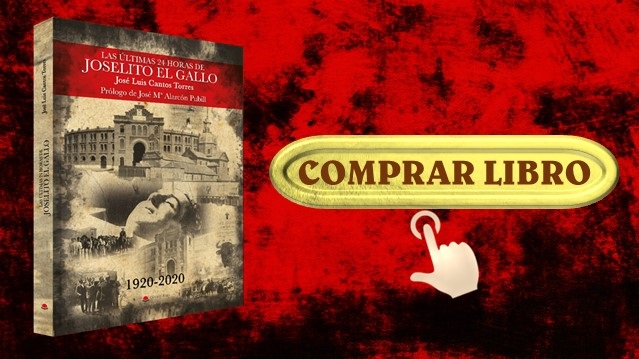 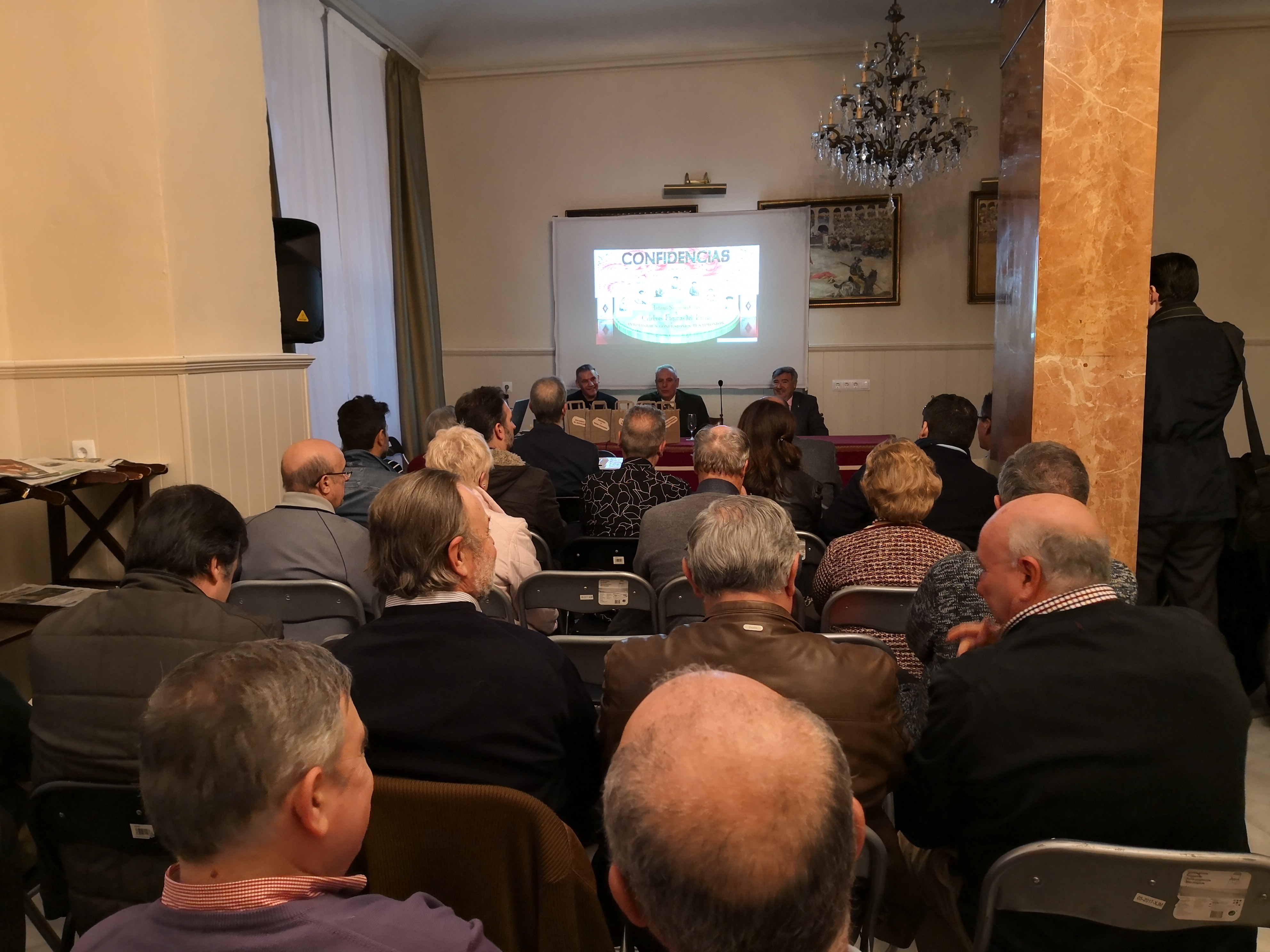 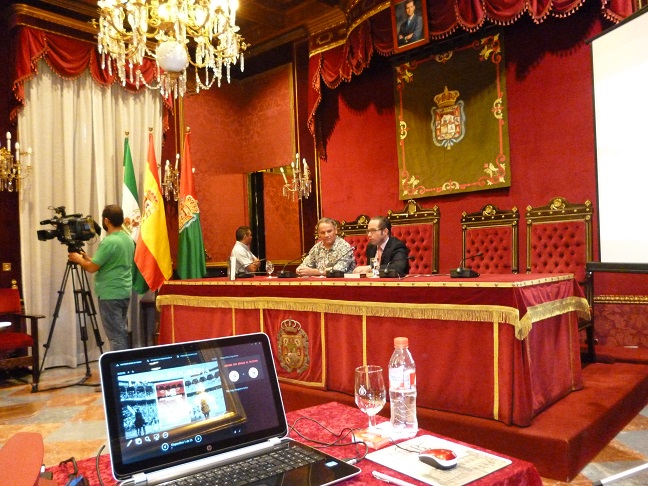 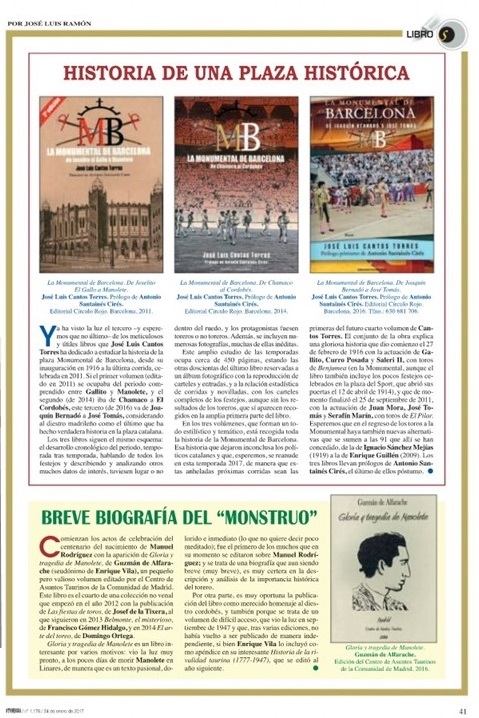 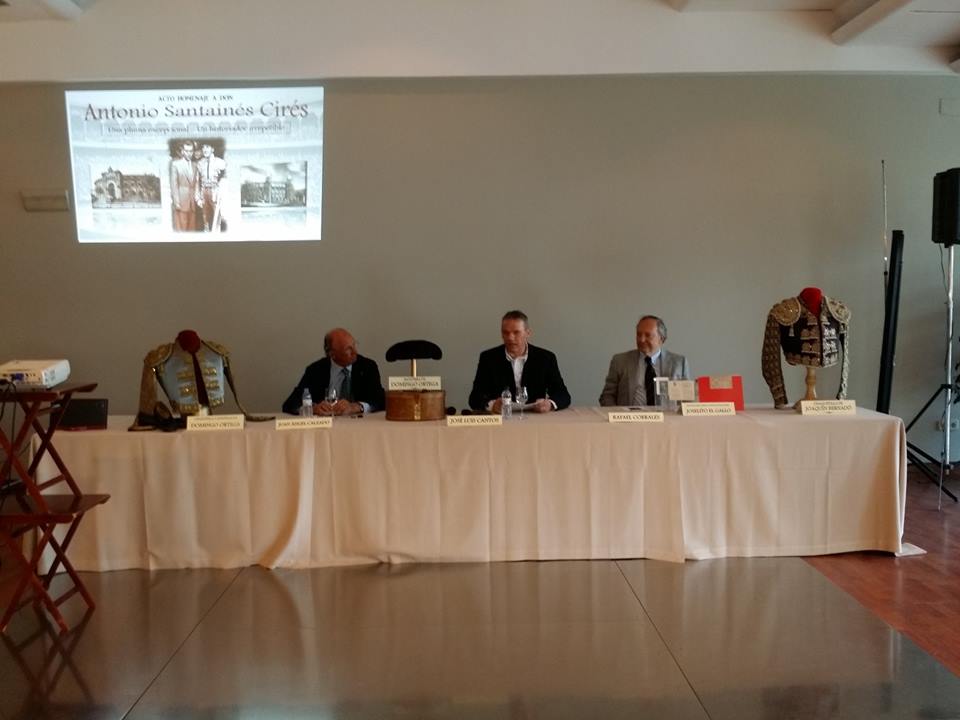 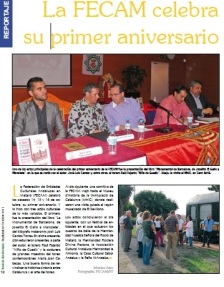